He climbed, only to let go—and now she must follow…

Shock waves had already reached the rock climbing community, when Carol was awakened in the night with the news of her son’s death. Chris Hampson, a well-known climber whose grace, warmth, commitment, and Zen-like focus inspired many friends, had fallen to his death in Yosemite National Park.

This moving memoir tells how a mother, as she comes to understand her son’s passion, learns to climb up from despair. Along the way, she discovers a remarkable truth: love transcends time and space. You never really lose who you love.

The story culminates in Carol’s pilgrimage to Yosemite where, on the first anniversary of Chris’s death, she stays in Camp 4, learns the details of her son’s fall from the Search and Rescue ranger, and scatters Chris’s ashes from Half Dome. 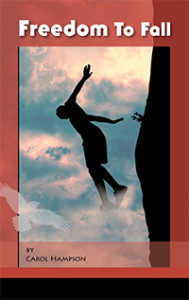